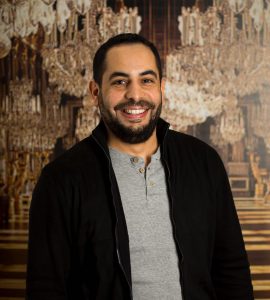 As part of the Year 12 general RE programme the students were honoured to have one of our parents, Mr Toumi come in and talk to them about life as a follower of Islam. After a brief whistle stop tour of the main tenets of the Faith the students were treated to a personal account of the ‘Five Pillars of Islam’ and how they are followed and lived out in his daily life.

Everyone who attended the talk were particularly moved by Nawfel’s personal account of his pilgrimage (or Hajj) to Mecca. His enthusiasm and devotion to his beliefs was very evident in the way he spoke.

This is the second of two sessions on ‘Faith’ that the students have had, the first was exploring living out the Christian Faith.